Here you’ll find my most current list of published books.  I’ve also made getting them as easy as possible by adding links to the pages where my book is currently available!

There is no difference between ordering the print versions through Createspace or Amazon.  I have made both options available for each of their communities to have access to.  Note:  Createspace copies are always available before Amazon’s.

(You can now view the book trailers by clicking on the links beneath the images!) 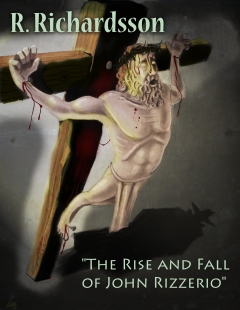 “It all started with a phone call. I had been been passing through town, with no intentions of staying, when ‘He’ called. While I had never heard his voice, I knew beyond a shadow of a doubt that it belonged to the Dark Prince himself; Vlad Tepes III, Dracula!

He had taken her! I so desperately wanted to charge to her rescue but I knew that I alone would not have the strength. I would have to draw from all of my resources if I was going to stand against ‘him’ or ‘his’ children!

I pray to God that I have the strength to face ‘him’. I just don’t know if that’s going to be enough…”

Join J.R. as he and his friends scramble to rescue his family from the clutches of evil.

Over the course of two separate weeks, each twenty years apart, John is forced into battle against creatures his faltering faith lacks the strength to defeat.

Together, will he and his friends have what it takes to rescue his loved ones? Or will his inner torment and self doubt bring his party down?

When faith is no more, one can only hope. But, hope is tough to hold onto when his own holy artifact, a Cross handed down to him by his grandfather, becomes twisted in a reflection of his own inner torment. 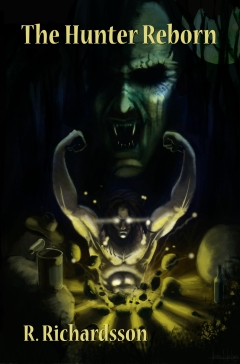 “The battle against Draegan was won. With the help of my friends, I had finally avenged my great-grandfather of the atrocities committed by this monster. It was finally over and all I had to do was to find where he had hidden my family.

I felt so strong, so…powerful. In just a few short minutes, I had done what those before me could not.

Decades of battle had hardened me against the horrors I have witnessed, but nothing would prepare me for what came next.

In the blink of an eye, they were gone. Taken from me; one by the hands of Draegan’s henchmen, the other by the hand of Death, a monster not even I could stop.

In the blink of an eye, I was alone. First my sister, then, my wife and son and now my closest and dearest friends; all were gone. I had failed them. I have defeated the monster, but I have also thrown away everything for the sake of my own personal war.

What more is there for me to live for? What is left for me to believe in? Just as my will begins to slip away, so too does my belief in the divine creator who once bound my lineage with his sacred charge.”

The Darkness Defines Us (A Collection of Horror Stories) – W.I.P.

What Do You Think? Cancel reply