Toad’s legs were like tiny pistons, working tirelessly as they carried him further into the fort’s interior.  Though it was small on the outside, the halls beneath it were many, and it would be several minutes before he reached his destination.

Toad was very different from the majority of his people.  Unlike most, who were happy to integrate into society per norm, he was born with an adventurous spirit. As a child, while his siblings and peers were performing light duties to help their parents, he was exploring dark caverns, or climbing magic vines, just to see where they’d lead him.

When he wasn’t questing, he spent his time running.  Toad was the fastest creature this side of the kingdom, aside from the wild yoshi, but those were so rare that it was hard to find contest in the claim.  He found comfort in the movements that his body made.  The light swing of his arms, the flex and relaxing of the muscles in his legs, the steady intake and release of the air needed to continue, all had become second nature to him.

So in the comfort of running he retreated as the stone walls blurred past him, and he soon took little notice of his surroundings.  He had traversed this path enough times to know the route by heart.  As he ran, he had to occasionally duck under the arms of various slave workers, who were busy with the construction of the interior. He dodged when another of his folk, a youngling by measure, stumbled into a pile of unwound Bob-ombs, the latter whose lifeless eyes seemed to accuse any who looked upon them.

A shiver ran down his spine, sending a chill throughout his body as he expected one of the dangerous orbs to suddenly come to life.  Before he could find out, he was running down another corridor and the scene was long behind him.

He was only stopped once when, ahead of him, a Magikoopa was using its magic to command a small group of Drybones to work.  Four of the undead koopa were tethered to a mighty Thwomp trap, a living block covered in spikes and whose sole purpose was to kill any that cross its path, and were dragging it toward a rope and pulley.  There, it would be taken to the top of the corridor and placed in its hidden alcove, where it would await its victims.

He knew that it wouldn’t be long before even he was unable to pass through here, and his little heart grieved for the prisoner below.  He had yet to see the dreaded King of the Koopas, but if the fear in the eyes of all those around him meant anything, he knew that there was little hope for the girl he was going to prepare for it.

There was only one more obstacle before he reached his destination, a retractable bridge that had to be activated near the door to her cell.  He stood at the edge of the chasm, the bottom of which was being filled with molten steel, and motioned to the guard on the other side.

The creature looked very much like the koopas who marched on two legs, only this one’s shell was covered with thick spikes.  In the right light, he thought, it could easily pass for true leader of this army, King Bowser.  It bore a strong resemblance the cruel tyrant, or at least to its descriptions, such as the purpose for which it was created.

It was the guardian of the depths, the keeper of the key, and the last test any intruder would have to pass to gain access to the door it was protecting.  Unlike any other creature, these were created using the blood of the King himself.  The intention had been to protect his bloodline, but the outcome had not been as planned.

These creatures may bear the resemblance of Bowser, but they were nothing like the evil king.  Most lacked the intelligence to speak and acted solely on instinct, attacking any and all creatures they deemed inferior.  While some could only muster enough of their wits to jump on their enemies, others had just enough sense to attack with weapons, or with their legendary fire breath.

Once it had locked into place, Toad slowly crossed the bridge with his eyes pointed to his feet.  To look up was to provoke the guardian, and no magic would protect him from the wrath that would incur.

“Please let me pass, please let me pass,” he chanted with each carefully placed step.  Even though he wore a magic pendant around his neck which allowed him just that, his nerves wouldn’t allow him to pass quietly.

The Bowserling leaned down as he approached, sniffling deeply of his scent and drooling with anticipation.  One misstep and he would be lunch. 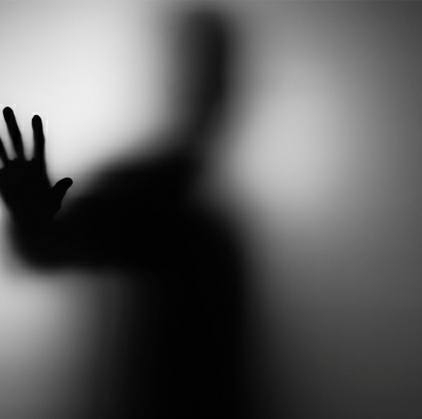